Veselin Raichev has worked as a software engineer for Google, where he has been engaged in Google Maps and Google Translate.

Google employees can use 20% of their time to work on projects that are important to them, that may become important for the company, but are not the main thing they are hired for. For me such project was Google Translate, which I collected data for, trained systems from Bulgarian to English and vice versa, adjusted them and added a module that conjugated words. Google Translate had one of the best teams that I’ve ever worked with. I spent 20% of one year for that, which is not a lot of time, and therefore I have not contributed as much as the people who were creating the whole system.

The work on finding routes in Google Maps was much more important to me and there I was technical manager for over two years. Teamwork was very important and we created a new algorithm that instantly finds a route even in complex networks like the whole transport network of New York, London, most trains and buses in Japan or Germany. This algorithm was published and it is not a trivial one. Imagine the search engine of an airline – there it is searching between 30-40 fields and it often takes a few seconds. We have to do the same thing with a network of several thousand lines of buses and trains that come and go every 15 minutes, including walking door to door or even taking a taxi to the nearest station. This should return the results in a matter of a second. Moreover, as in Japan, each train has a different price; the most affordable route should also be selected.

Google Maps has collected data from many suppliers. Some of the key data, such as the one on the streets or authorized turns at intersections, is now on Google. So if you report a problem in the data today, it can be resolved the next day and before this could take a year. 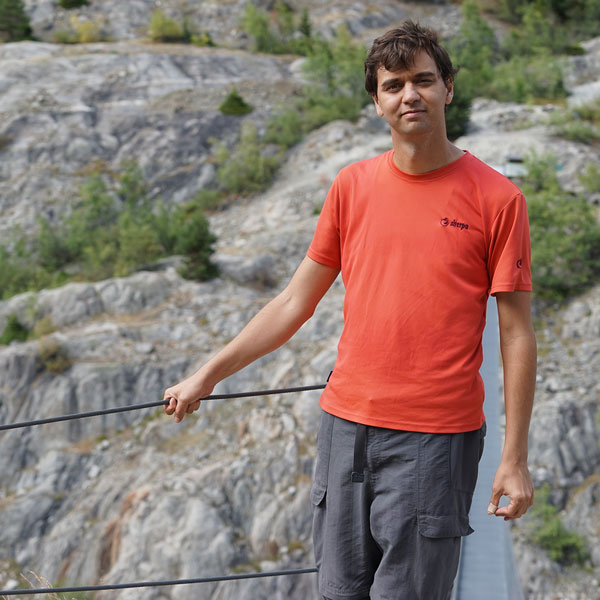 Most public transport data is public and accessible to everyone. That’s the way it should be, because most companies in the sector are state-owned and should work in the interest of citizens. In addition, transport companies can hardly make serious money from this data and the benefits and revenue from allowing people to plan their ride are much more substantial.

However, data hasn’t always been open. We created a data standard called GTFS, which describes the stops, routes and schedules. Today many transport companies operate with software, which allows the publication of data in this format. Everything with this format started from the interests of Google Maps. Because of the fact that we have always wanted open data, today the main winners are not Google – most data users are developers of open source software, research centres and companies competing with Google Maps.

Jeremy? a band that embodies the ambition on the indie rock stage
[gtranslate]