Iglika Trifonova plunge us into the atmosphere of Antarctic expeditions not only through her exciting experiences there, but also with professionally taken photos of the Ice continent.

The Bulgarian base “St. Kliment Ohridski” is located on the Livingston Island, South Shetland Islands. At the beginning, in 1987, it was just a wagon, today we have 3 habitable houses, as well as some other sheds, in which the generators, the boats and other necessities for existence of the base are located. All this has been built by the crafty hands of the Bulgarian Antarctic men and women, who are good not only in science, but in building, electrical work and base maintenance. We have a newly built chapel, which is close to the main house and has been painted with iconography these past three years. The icons in the altar are wonderful and really create a sense of sanctuary where you can be alone with God, to pray and light a candle. Unlike the other bases, ours was not built with a lot of money, but it has invested a lot of love in it and that is felt by all the foreigners, who stepped its threshold. They say the base “has a soul”, because we are all welcomed with open arms, with a delicious meal, with song and joy.

Our neighbors from the Spanish Base “Juan Carlos I”, which is located only 4-5 km distance by sea from the Bulgarian base also like to come to visit and joint meetings are made often. Professor Pimpirev says: „On Antarctica we have the luck of good neighbors”, the two nations have many similar traits and temperament, easily communicate and create friendships and help each other from the very beginning. Without the Spanish logistical support the Bulgarian expedition would have had many difficulties in reaching the Icy continent.

The Bulgarian base is located on an island with a rocky coast, where speech of penguins and seals is heard, the splash of the waves, chipping of icebergs from the glacier across the coast. The generator that gives us heat and light also has its own voice and its roaring, for me personally, has a calming effect. When you go up the mountain, only the wind is to be heard. We, Bulgarians go to Antarctica in the astral summer, when it is polar day and never gets dark, but it happened to me, at the end of the summer, to see the night sky through a gap between the constant clouds – sparkling, covered with billions of stars. At first it seemed absurd that I see the constellations upside down, but then I realized that I was “at the bottom” of the Earth. And the sky at sunset is amazing, because of the ozone hole the colours are extremely bright – purple, pink, orange … Antarctica is a magical and different world and one can not help but fall in love with it. 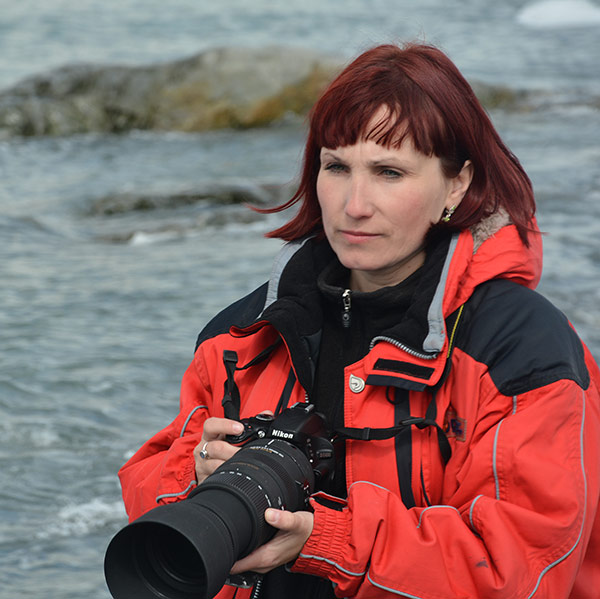 The talent of Preyah
[gtranslate]